The "Netflixing" of American Politics

One of the criticisms commonly made towards US politics is the two-party system and how some voters complain that they don't have a candidate that lines up closely with their values.

This is what I call the "Netflixing" of American politics. 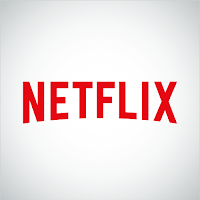 Netflix along with Hulu, Amazon Prime Video, and the hundreds of cable TV channels have provided the entertainment consumer with an incredible diversity of choices.  One can find entertainment choices that closely align with one's desires.

This is great for both the artists creating television drama and for the viewer.

But it may be creating unrealistic expectations in other areas of life where the outcome may be choices that do not align closely with one's desires -- like politics in general and the 2016 Presidential Election in particular.

The goal in any political campaign is to get a majority of the voters to support the campaign's candidate.  This means that any governing coalition will have to be a broad-based mix of constituencies.  Some members of this coalition may not be supporting their first choice for President.

Unlike the "Netflix" model where everyone get's their first choice, forming a broad majority coalition is closer to the television model of the 1950s and 1960s.

In the 1960's non-Netflix TV model, there are very few choices and they are not designed to meet an individual viewer's desires.  Instead, the choices are designed to meet the needs of a broad majority coalition.

And this sounds very similar to the approach traditionally used to run as a major party Presidential candidate.
Posted by Steve Caldwell at 7/19/2016 10:39:00 PM
Email ThisBlogThis!Share to TwitterShare to FacebookShare to Pinterest

Fans of This Blog